As children, we all live in a world of imagination, of fantasy, and for some of us that world of make-believe continues into adulthood.

I was raised on a steady diet of movies, books, theater and art. Television was mostly limited to Saturday morning cartoons, Sesame Street, Fraggle Rock, and The Muppet Show. There was never any question as I grew up as to whether or not magic existed. It was (and still is) a given that magic is real. Growing up I rode dragons in Pern, walked through a wardrobe into Narnia, herded the Red Bull into the sea, and went on road trips with frogs, bears, and chickens. I swooned over David Bowie in Labyrinth and Westley in The Princess Bride. For better or worse, I have been gifted with an overzealous imagination.

While my mind’s eye is capable of envisioning beautiful things, it is equally capable of seeing demons. Our tagline on Waponi Woo, was “What could possibly go wrong?” At any given point, I can confidently answer this question. In all likelihood, I have already seen the potential impending disaster play out with IMAX clarity in my brain. When things are going wrong, and on a boat, they often do, it is easy to go down the road of imminent doom.

After four years of actively cruising and seeing some rough seas, my anxiety increased to monumental levels. The inevitable catastrophe looms over my daily existence like the heroine in an epic tale about to enter the dark wood alone on a quest knowing the odds are considerably not in her favor. This is where the sidekick enters the story.

Fizzgig is a creature from the world of The Dark Crystal. A Fizzgig is a friendly monster about the size of a grapefruit with rows of sharp teeth and an angry growl. They move by rolling, even though they have feet. Fizzgigs are fiercely loyal and temperamental. The Fizzgig from the film is a protector of the heroine and plays a part in seeing the protagonists realize their goal of making the crystal whole in the film.

My Fizzgig is a boat that, while still temperamental as boats tend to be, will keep me safe as I journey out to sea on future adventures.

It is also entirely possible I chose the name because, like Fizzgig, I am high-strung and have mutinous hair. 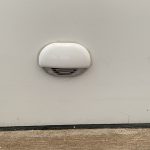 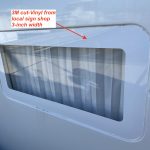