Everyone look closely. According to the CBP folks that ‘shadowed us through the marina.’ in their adorable police boat. We somehow entered Mexico and then came back into the United States.

Yeah, we don’t need a wall, we need these guys to have more situational awareness.

Overall they were pretty polite guys, just a little clueless. When I asked for a car they were a little shocked. I told them I liked to keep track of all of my law enforcement contacts. 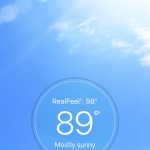